I sometimes have trouble waking up in the morning, so I wanted to make a challenge for myself whenever I try to turn off my alarm clock. I already made a memory game, and I made a simple design for outputting to a 7-segment LED display, so I decided I wanted to integrate those designs into an alarm clock.

I found an inexpensive aluminum project box online and decided to use it as the body for the alarm clock. I found some buttons with built-in LEDs for the memory game portion, and I decided to strategically drill holes in the front of the box to  allow the time display to shine through. Like I mention in the demo video, I didn’t do a great job of this.

The main electrical components I have on the PCB are:

In order to fit everything into the small project box, I went with a stacking PCB design with two 2-layer boards.

Boards fitting into the case

The buttons and lights are connected by wires to the circuit board where they are directly soldered on. In future, I would like to modify this to a plug-in connection to make it easier to take the lid off for battery replacement.

A guide for drilling holes

The underside of the LED display board

Top side of the board

The bottom board with buttons and buzzer attached

Everything in the box!

The code and PCB schematics can be found on my GitHub.

I recently discovered the ESP8266: a low-cost board with a WiFi chip that also has a microcontroller that you can program with the Arduino IDE. For less than $2, this was something I had to try! So I decided that I wanted to use the ESP8266 with a DHT22 temperature and humidity sensor to log the temperature of my room in Google drive.

I wired and set it up using this guide:

But instead of a USB to serial cable, I used a UART TTL module to communicate with the board. Since the 2 x 4 pin design doesn’t lend itself to use in a breadboard, I used an adapter board.

The complete circuit is shown below: 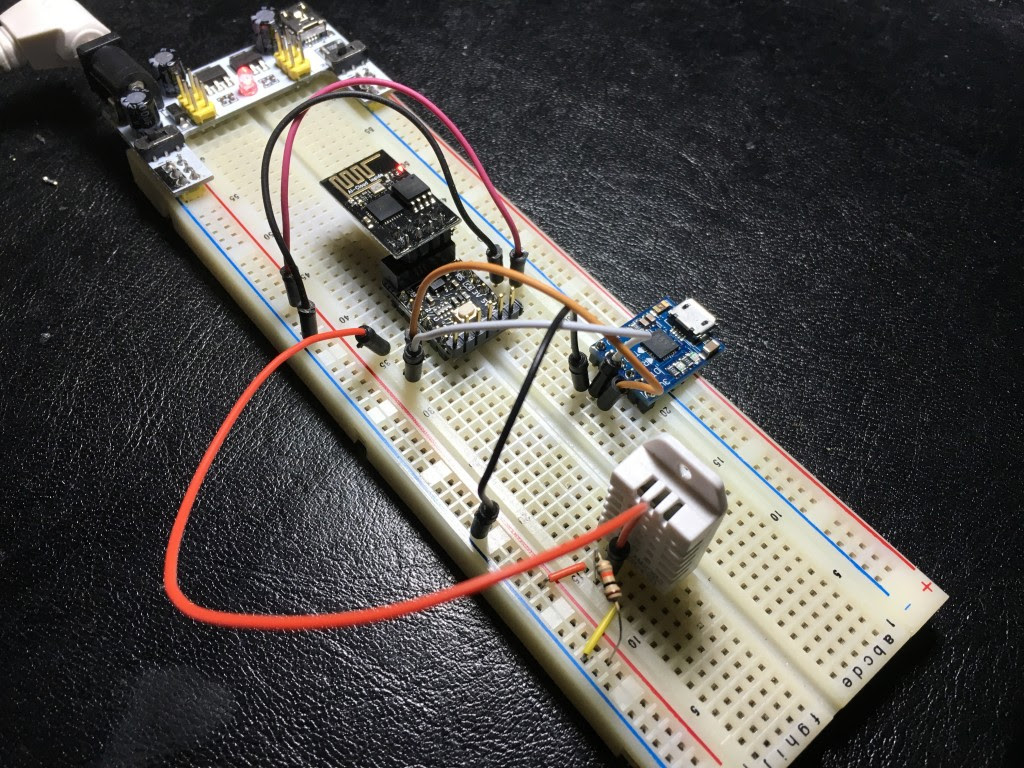 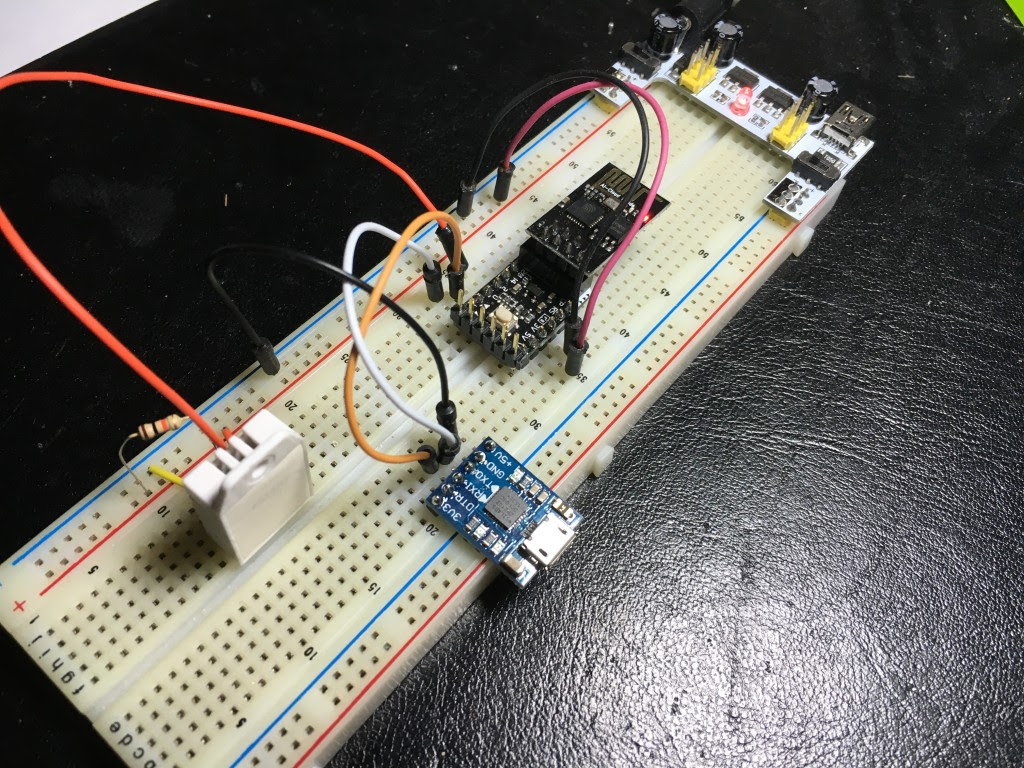 Once I got the module reading temperature values from the sensor, I added code to send the data to Adafruit IO using the getting started guide:

I then used an IFTTT recipe to add any new Adafruit IO values to a google sheet. This is what the values look like as they come in: 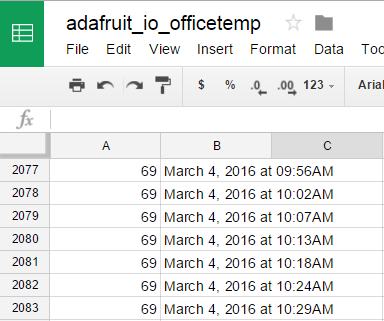 And here is a plot of the temperatures over time. It looks a bit jagged since the temperature is being sent over as an integer, which is fine for my purposes.

The Arduino IDE code can be found on my repository: https://github.com/jerwil/ESP8266_DHT_to_Adafruit